Flipkick
MENU
The Works of 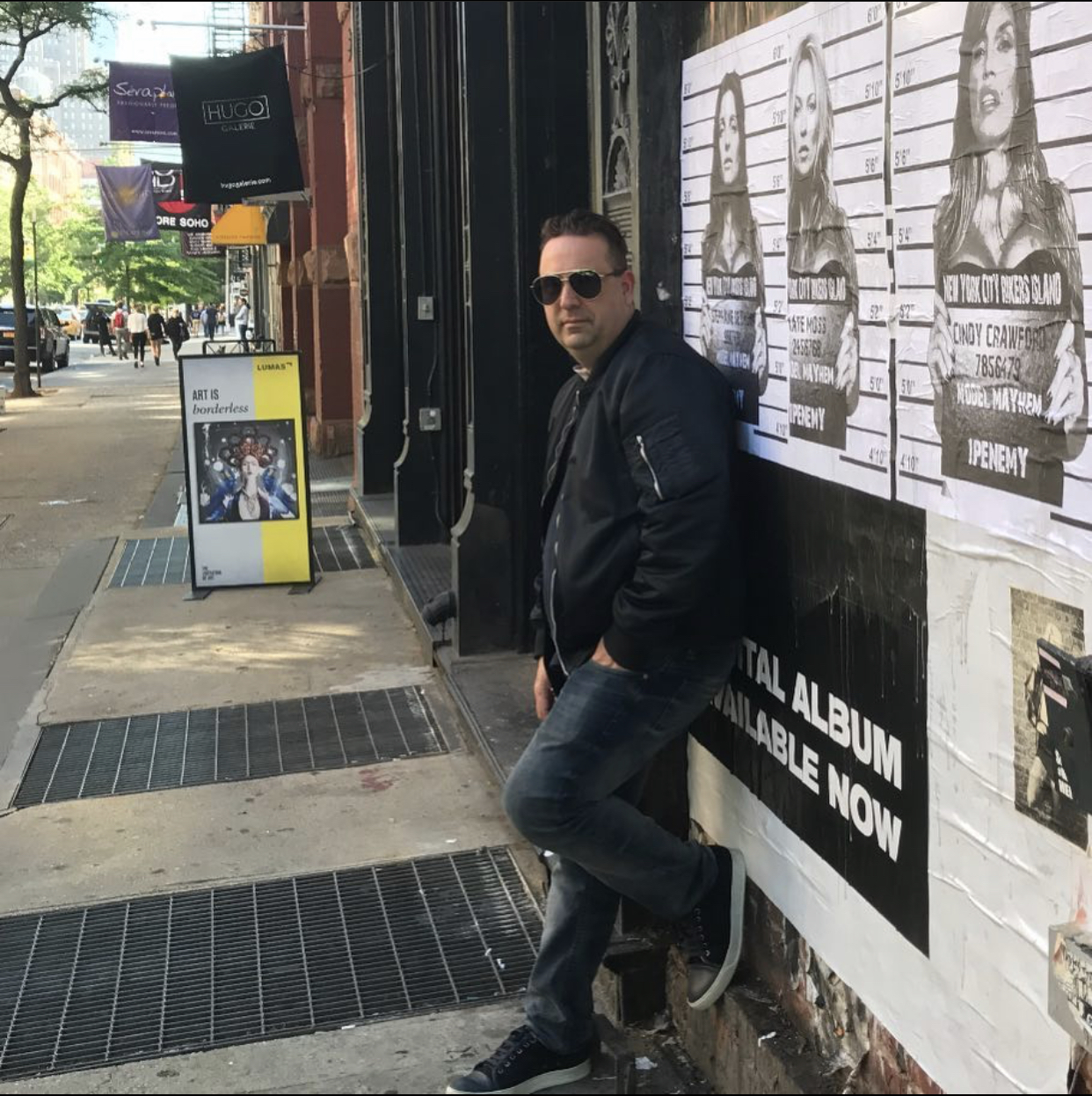 1PENEMY is a well known NYC Street artist whose work involves mugshot lineups of 90's supermodels he grew up respecting. The mugshots of Kate Moss, Stephanie Seymour, Brooke Shields and Cindy Crawford were the first pieces he created and it grew from there. 1Penemy’s street art embraces this spirit of a woman’s struggle in his female subjects, not only by featuring them in a mugshot and displaying them in “lineup,” but also by wheatpasting them like “wanted” posters in back alleys and on graffitied walls.

"My work is similar to Warhol's in its exploration of the shallowness of fame, holding my subject's unrealistic standard of perfection and shaming them to an unbridled degree for falling short." The price of 1penemy’s physical artwork has ranged from $10,000 to $25,000, making his work accessible to a broad audience. His work has been featured in the Daily Mail, Daily Front Row, Hello!, Haute Living, Forbes, comicbook.com, and the New York Times. 1Penemy is a disabled US Navy Veteran, having served for 13 years.

Thank you! Your submission has been received!

Oops! Something went wrong while submitting the form